Though I was probably supposed to spend the second half of this movie on the edge of my seat waiting to see what would happen next, instead I remained comfortably reclined and ran numbers in my head. Somali pirates kidnap the captain of a cargo ship and demand $10 million. In response the Navy dispatches two destroyers, a small carrier and a SEAL team. Mightn’t haggling with the pirates have been cheaper? And if the counter-argument is that this response deters other pirates (unavailing in a part of the world where career options are often limited to “crime” and “starvation”), extend the question farther. Why are American taxpayers footing the bill to clean up a mess that might have been avoided in the first place if shipping companies would stop supplying vessels transporting millions of dollars in goods with less security than your bank’s local branch office? The dubious economics dovetail with the absurd twists of events to turn this into a farce, which makes it a shame that it was directed by a guy who specializes in Bourne sequels. See if desperate
Posted by Bryan Whitehead at 8:14 PM No comments:

New this week - A lot of bad movies

And last week. And the week before. They weren’t all terrible. Just most of them.
On the brighter side, I finished reading a good book: Photojojo!
Posted by Bryan Whitehead at 12:30 AM No comments:

Here’s a closer look at the question of victors’ justice in post-WW2 Japan. General Bonner Fellers (Matthew Fox) must decide if Emperor Hirohito should be tried (and likely hanged) for war crimes. As is sadly usual for such stories, the plot is complicated by our hero’s love for a local woman. Otherwise, however, this is a reasonably compelling tale of slaughter and politics. Mildly amusing
Posted by Bryan Whitehead at 9:10 PM No comments:

Here’s a grim trudge down the familiar road of Augustus Caesar’s biography. This isn’t smart enough to be interesting or gross enough to be entertaining. Nor does it have enough content to justify its three-hour running time. See if desperate
Posted by Bryan Whitehead at 8:57 PM No comments:

What a disappointment. Chloe Grace Moretz has done good work elsewhere, and I was looking forward to seeing the lead in this familiar Stephen King tale played by an actual teenager. Sadly, she comes across as less of a high school outsider and more of a general dimwit, an angle that makes the character less sympathetic than she should be. The production’s good technical quality is largely undone by the aura of dumb teen drama. Though I’ve seen worse, I’ve also seen better. Mildly amusing
Posted by Bryan Whitehead at 8:28 PM No comments:

I spent my childhood in the age of Goofus and Gallant, a time when media aimed at kids were expected to be educational and morally uplifting. I’d hoped that the farther we got past the hippie days the more movie studios would be able to relax and focus on entertaining storytelling. But if this production is any indication, the exact opposite is occurring. A computer programmed with a transactional-analysis-intensive psychology text could have written this dull-witted tale of cavepersons adapting to new circumstances. Some of the animation was cute, but that wasn’t enough to sustain the movie’s running time. See if desperate
Posted by Bryan Whitehead at 8:45 AM No comments: 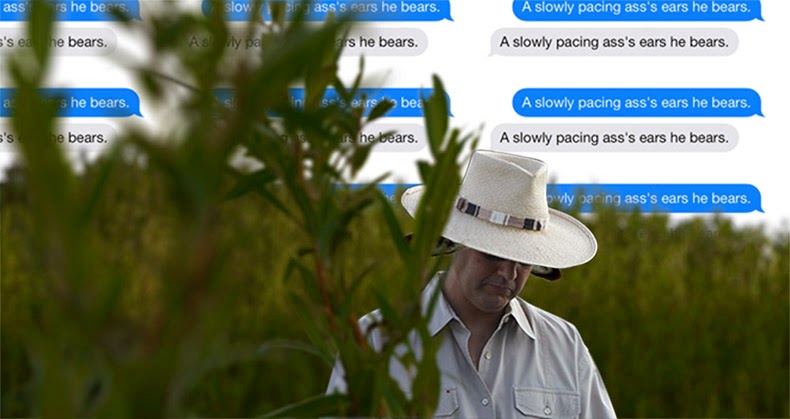 Not a ton of new content this week. Indeed, the only movie I saw was I, Frankenstein, noteworthy only because it’s the first time in awhile that I’ve made it to a movie theater.

However, fans of The Metamorphoses Project will be happy to note that I finally managed to add the content from last year (both spring and fall). The project is now up to 23 images (four of which are my creations).
Posted by Bryan Whitehead at 12:30 AM No comments: