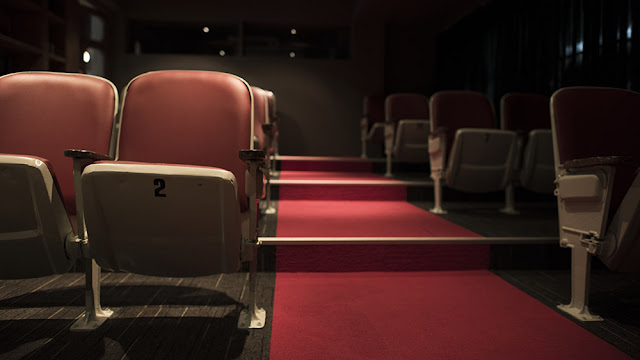 Seems like every year the Internet floods with lists of 31 movies to watch in October. So who am I to buck the trend?

Obviously the list draws almost exclusively from the horror genre. But these aren’t necessarily my favorite horror movies, nor is this a list of the scariest movies I’ve ever seen. Instead, these movies all have a certain Halloween look and feel to them. It’s hard to define, but it’s kinda a mix of seasonal setting and campfire tale quality.

Unless otherwise noted, titles refer to the original version rather than remakes, reboots and the like. Also please note that the first two entries on the “kid-friendly” list are rated R, so the MPAA and I disagree about how appropriate they are for children. I’d say tweens and older or those two.

Classics
House of Wax - Vincent Price at the top of his game
Dr. Terror’s House of Horrors - An oddly unsettling British anthology piece
Freaks - Todd Browning’s tour de force, not necessarily for everyone
Dracula - Bela Lugosi is the iconic Count Dracula
Bride of Frankenstein - No October marathon would be complete without Frankenstein's monster
The Mummy - Boris Karloff is wonderfully creepy in the title role
Cat People - 1942 original is a masterpiece of subtlety, 1982 remake is more visceral
The Omen - The demonic king of evil kid movies

Ghosts
The Fog - A classic ghost story told in classic ghost story style
Poltergeist - A fun combination of ghost story elements, too intense for its PG rating
The Frighteners - Guy who can see ghosts starts to really wish he couldn’t
House on Haunted Hill (1999) - Spending the night in a haunted asylum is a bad idea
The Ring - Watching a video causes an evil ghost to kill you in seven days

Monsters
Dawn of the Dead - Or if you’re in the mood for a triple feature, add #1 and #3
The Crazies (2010) - Oddly better than the Romero original
The Howling - Sayles writes, Dante directs, Bottin makes the werewolves. Great stuff!
Candyman - Creepy combination of urban legend, Clive Barker story and Phillip Glass score
Bram Stoker’s Dracula - Do fangs make it hard to chew scenery?
Fright Night - For real. One of the few vampire movies that’s both fun and scary
Creepshow - Romero directs Stephen King’s take on EC-Comics-style storytelling
From Hell - The Hughes Brothers adapt Alan Moore’s telling of the Ripper myth

The Final Five
The Burrowers - Settlers beset by a new kind of horror
Cabin in the Woods - A meta mash-up of horror clichés that’s actually original and entertaining
Exorcist III - Consistently frightening, it features one of the best jump scares ever
The Crow - A murdered man seeks vengeance on his killers during Devil’s Night in Detroit
Halloween - Because what else would you watch on October 31?
Posted by Bryan Whitehead at 10:13 AM No comments: